The Art of Salami Making. From Fermentation to Drying to Curing. If My Kids Can Do It So Can You.

Finely cured salami milano, lightly smoked speck or dry seasoned ham, just the thought of it makes my mouth water. In a Stagionello® taking a raw sausage and turning it into a finished product can be done at the push of a single button. But let’s not skip ahead too quickly here. If you grew up in a culture known for making products like this, you know of all the different ways to eat it. And if you were lucky, you may have even took part in making it. At about the age of 8, my father invited me to come and make it with him. Unfortunately all I got to do was turn the handle on the grinder/stuffer for the next 6 hours. Not quite what I was hoping for.

Now before we start it’s worth mentioning, that with a simple google search you will find a ton of information and kits for salami making. No matter what country you’re in, if there is a butcher supplier, you should be able to find what you need. But I want to move away from the kits somewhat, because most will integrate a starter culture. 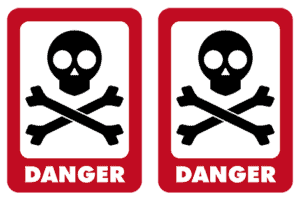 I must do my due diligence and warn you that salami production is considered a HIGH RISK product. And it’s because, through the entire fermentation drying and curing steps, the product is working in the “danger zone” above 4˚C (40 °F) and below 65˚C (140 °F). So having said all of that, if you are making this product to sell to others, please follow the guidelines of your country/state/province/territory/city and so on and so forth.

Now that that’s outta the way, let’s take a closer look at what we need and why.

Not all salts are created equally. Most often a curing salt is used, instacure #1 (Prague powder 1) or Instacure #2 (Prague powder 2). They both contain 6.25% nitrite. nitrite helps to push water away from the meat, allowing for more rapid drying. As a by-product, will also affect color and taste. How do i know which to use? Instacure #1 would be used for cooked product like bacon, hams smoked sausages. Whereas, instacure #2 would be best suited for air dried product like salami due to the addition of 1% of nitrate.

A good alternative for a person making salami for personal consumption, would be sea salt. In it, small amounts of nitrate and nitrite are naturally occurring. Be advised that not all sea salts have the same quantity of nitrite/nitrate, and your recipe should account for this. Not to fear, if your sea salt doesn’t contain enough nitrite/nitrate, vegetable based products like celery or beet power can be added to make up the difference. Don’t take it from me, read this document from the American Meat Institute for more information on nitrite and nitrate. For an even more in-depth look at nitrite and nitrate and their role click here.

I must lump these three things together because (traditionally) when you ferment you raise the core temperature of the product for a brief period of time (18 – 24hrs). Before moving on to drying, where you slowly reduce temperature and humidity. When the product is smoked, the heat from smoke would raise the core temperature and would help dry it out. When mentioning smoking, I am referring to cold smoking 15˚C (59˚F) to 25˚C (77˚F). This applies to a wide variety of salami, such as n’duja, chorizo (dried not cooked), pancetta and speck, to name a few. All that said, this is not to be confused with hot smoking. Products being hot smoked are combined with cooking and is not the subject of this article.

Curing (by this i mean additional drying, not salt cure)

This is the loooooooooongest step of the process. Its purpose is singular, which is to make the middle of your salami as firm as the outside of your salami. But the length of time it takes to do this will depend on two things, the diameter of your salami and your personal preference. The first one easy bigger salami = more time, smaller salami = less time. The second one, well, that a bit different. Example: Salami Milano using a 40 mil casing, northern Italians could eat this after 23 days, where as southern Italians would consider that raw and wouldn’t dare touch it before 37 days. But here in the Good Ol North America we go by aW, or Activity Water.

This is why the drying or smoking (for those who like smoked product) step/s are extremely important and what I consider a delicate balance. Because you don’t want to hammer down on the humidity, as you will increase the chance of over drying. Causing the pores on the casing close and trapping the moisture inside. Iif you don’t reduce the humidity enough, you increase the potential for over population of microorganisms. Aaaaahhhh now my warning is starting to make sense.

It should go without saying, that you want to keep your work area clean and free from as many contaminants as possible. This includes things like flies. Normally salami production takes place in a climate controlled room (around 16˚C or 60˚F) most bugs don’t tend to hang around. This is why Italians will make salami in the winter (well it’s not the only reason but you get the point). Depending the type of casing you’re using, you may need to wash and disinfect as well.

The Right Tool for the Right Job

Preparing your ingredients is almost as important as the quality of raw materials themselves. Chopping too coarsely, overheating and smearing the fat and over mixing, will all have an effect on your finished product. If you are serious about making salami long term, invest well. This doesn’t mean over spend, it just means, think about what you want to get out of this tool in the long run. If i’m not making salami full time, can I use this grinder to make fresh sausage as well? etc.

Now if you’ve made it this far, and are in need of more answers, tips or tricks, please feel free to contact me at michael@martiniequip.com